I can remember when I took my first paid church position as an intern worship leader. We had gone over all the steps of the order of service. I had gone over every step in my head.

First, we would begin with a welcome and an upbeat song, followed by more music and a call to worship, which would begin to bring the Word of God central for the service. We would then do another song that would closely relate to the message, and then the pastor would come up and deliver the message.

During the prayer after the message, the worship team would sneak back up on stage for another song or two with a dedicated time of response, followed by offerings, then closing with prayer and announcements. The task seemed simple, or so I thought.

It was my third week leading, and my parents had come up for a visit. Service had ended and we were out at lunch, as usual on Sunday afternoons and I can remember hearing the praises from my parents. “Oh, the music sounded so good,” and “the songs fit the message so well,” were said, but then my dad said something that stood out to me. “You really didn’t make a big deal about offerings,” he said calmly.

I was stunned. I thought I had it all figured out, but I had been neglecting a vital aspect of worship! As made clear throughout both the Old and New Testament, giving to the Lord that which He has given unto us is a crucial aspect of worship. As 2 Corinthians 9:7 says, “Each one must give as he has decided in his heart, not reluctantly or under compulsion, for God loves a cheerful giver.” It is in light of these that the team I work alongside and myself reviewed ways we could increase giving.

1.   TEACH GIVING TO BE A BIBLICAL ACT OF WORSHIP

How could this have slipped our minds? Both Old and New Testament theology are clear that we are worshippers of God, and we are to dedicate our lives to worship Him and Him alone! If we are to lead our congregations to be worshippers, we must show them how to worship, which includes our finances along with our time.

2.   DO NOT BE AFRAID TO MAKE A BIG DEAL OF GIVING

Having grown up in church and working behind the scenes at churches for a majority of my life, I’ve found that others are scared to talk about giving. It’s almost become taboo in church culture to make a big deal of worshipping through giving. There certainly is a healthy fear of coming across too pushy or acting like a television evangelist who claims that God will bless you with finances if you bless the church. It’s definitely not quite like that, but we can’t throw the baby out with the bathwater.

Who are we to cut short the worship of others through their finances by only saying, “now is when we collect our tithes and offerings.” Again, you don’t want to make visitors (or members) feel uncomfortable by pressuring those to give, but simply and boldly proclaim the gospel truth that it is an act of worship, and we are all called to do it.

When I was first investigating online giving, I was startled at the numbers that I was hearing. After reviewing several online giving providers, they general claim was that online giving could increase giving by anywhere from 20-35%. I was incredibly skeptical upon hearing these numbers until I began speaking about it with fellow church staff. Even for our church out in the mountains of western North Carolina, we saw a notable increase in our giving, simply by making online giving available.

It’s one thing to have online giving available, but it’s another thing to have it be accessible. Think of it this way, I can remember when I was young, sitting in the pews and having my offerings from my allowance in my hands, and I can remember an usher taking the basket, and completely skipping my row. I was shocked, and a little confused, but it was then that I noticed that if offerings aren’t easily accessible, it is foolish to think that they will increase.

In terms of online giving, this means that there are other features to explore, such as recurring giving, in which users agree on one set amount that gets deducted from their bank on the same day every week. This accessibility means that members who are sick or traveling out of town are still able to continue the worship of our Lord with their finances, even across the country.

This is an aspect of giving that I feel is oftentimes neglected in churches. I’m sure there are some members in the congregation who feel appreciated with a general thank you from the pulpit, but how much more grateful are those who are personally thanked? Even further, how much more eager are those who are able to share in the financial excitement of the church?

Keeping in mind that it is an act of worship of our Lord, still keeping givers informed of the financial decisions and other exciting news in the church really helps them be a part of the church, and not just a thing they do on Sundays. After all, it is about a lifestyle of worship, not just an event. 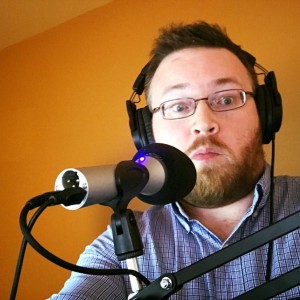 Rob is a Christian, a husband, and a father to two beautiful girls. Rob has 15 years' experience in website design and development, and spent six years as the CEO of Connective Insights, a digital marketing agency, before founding Churchly in 2015. You can follow Rob on Twitter at @roblaughter, and keep up with him in his personal blog, http://roblaughter.com

You have Successfully Subscribed!